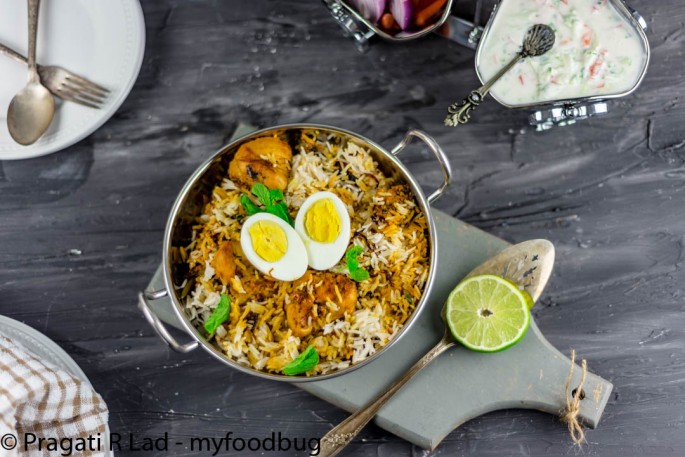 Biryani can be veg or nonveg, Biryani can be made in various style. Some type of biryanis are layered of rice and thick curry in between and layered with mint and coriander leaves and also with fried onion. Some of the Biryani is mixed all together in rice.

I usually make Biryani’s during weekends or when not willing to cook much. I have used fried onion in this recipe. Very easy and as a usual quick recipe. 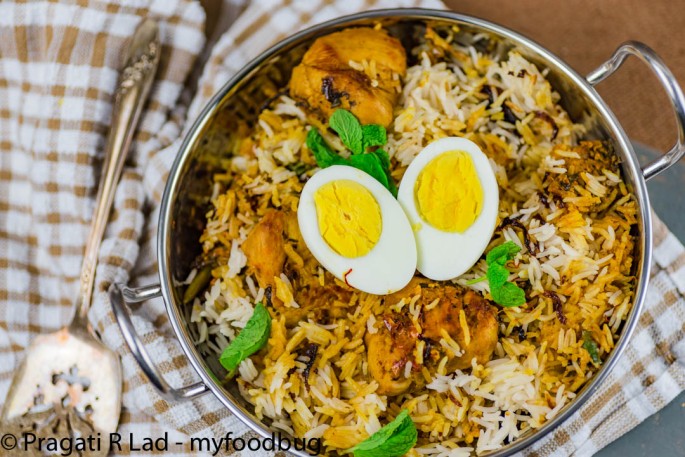